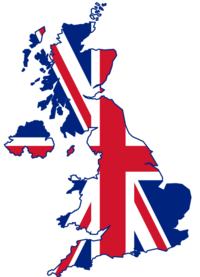 Last June, more than 30 million U.K. citizens cast their vote in a nationwide referendum, resulting in Britain’s decision to withdraw from the European Union.  Now, Prime Minister Theresa May is fighting to uphold that decision, after calling for an early snap election in April.

Despite a decreasing approval rating, Prime Minister May is standing behind the majority decision to exit the EU, stating that Brexit will happen “whether people like it or not” and calling it “a great national mission,” an opportunity to build a “stronger, fairer and more prosperous Britain.”  On March 29th, the European Council received notification of the U.K’s withdrawal under Article 50 of the European Union’s treaty, which sets forth a negotiation period of up to two years.

The election is to be held on June 8th, and May’s hope is to win enough clout to carry Britain through the upcoming negotiations.  Currently, the Conservative party holds just over half of the 650 seats in the House of Commons, giving May a slim majority.  However, May is looking increase that majority in the coming election, though rumors of the possibility of a hung Parliament are starting to spread.

While Brexit won’t have much of an impact on England’s role in the current European patent system, it will affect the EU’s proposed implementation of the Unitary Patent and the Unified Patent Court.  The UPC, originally projected to come into effect mid-2017, is intended to hold exclusive jurisdiction for litigation regarding European patents. Under the new system, applicants will have the option to register their patent country-by-country or as a unitary patent, which would provide them protection across 25 participating countries; however, this would likely no longer extend to the UK. Brexit could also impact Britain’s trade agreements with EU states, affecting tax revenues and overall economic performance.