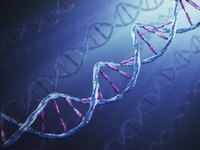 Not long ago, we wrote about the CRISPR-Cas9 genome editing technique and the intellectual property battle brewing behind its invention.

It’s a controversial technology that has been proven to give scientists the ability to make specific changes to an organism’s genetic makeup by simply altering, adding, or removing sections of a DNA sequence.  While some dispute the safety and morality of such a technology, others put emphasis on its potential to wipe out disease, delete undesirable traits, and transform entire industries like healthcare and agriculture.

In 2012, both Jennifer Doudna of U.C. Berkeley, in collaboration with Emmanuelle Charpentier of the University of Vienna, and Feng Zhang of the Broad Institute of MIT and Harvard filed a patent covering numerous uses for the CRISPR technology.  Though Doudna and Charpentier are first credited with demonstrating the applications of CRISPR as an editing tool in bacterial cell cultures, Zhang’s patent application was approved faster, granting him the first patent covering the technology.

In a recent decision, the Patent Trial and Appeal Board (PTAB) ruled that the inventions claimed in the patents filed by both parties were distinct and did not overlap, therefore each will retain the right to license their own patents to any third party.  The use of CRISPR-Cas9 technology in human cells as described in patents filed by Zhang and his team at the Broad Institute of MIT and Harvard was determined to be a separate invention from the general use of that same technology in any cell type as Doudna and her team at UC Berkeley claimed with their patent applications.

In a statement published by Berkeley News, UC Berkeley vice chancellor for research and professor of chemistry, Paul Alivisatos, comments on the decision.  He notes, “UC respects today’s ‘no-interference-in-fact’ decision by the PTAB…Nevertheless, the university continues to believe that the use of the CRISPR-Cas9 system in eukaryotic cells is not separately patentable from the general application of the CRISPR-Cas9 system in any cell type…As such, we will be carefully considering all possible legal options at this juncture.”