Transforming the Workplace with Telepresence Robots 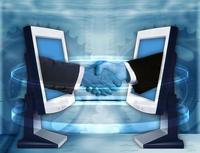 Robots are changing the way we work in a big way. Whether it be Amazon’s  fleet of robots working in its fulfillment centers or the surgical robotic arms in hospitals across the country, the implementation of robots in commercial settings is having a big impact.  So much so, that even smaller companies have started to incorporate robots in the workplace, using ever-evolving telepresence robots to communicate remotely with clients, employees and others.

In fact, Facebook recently filed a patent for a self-balancing robot, equipped with display screen, speakers and microphones that could make it useful for telepresence purposes.  What makes this particular robot unique, however, is its ability to switch back and forth between having two and three wheels in order to take advantage of both the enhanced load capacity of a three-wheeled bot and the height and versatility of a two-wheeler.

But Facebook isn’t the only one working on a next-generation telepresence robot. Australia-based company, Aubot, is also working on a new model, but forget the remote control- this one is controlled by the human brain.  Aubot founder Marita Cheng is taking telerobotics to the next level with her latest model called Teleport, which uses the mind control interface, MindWave to manage the robot’s movements.  Users simply put on their headset, and let their brainwaves do the rest, adjusting their concentration and eye movements to coordinate different commands, such as changing direction or adjusting its height.  While some think that this is just fun, future tech, many also believe that it could serve as a powerful tool for people with disabilities.

Google has also filed a recent patent application for a telepresence robot, although this one is skipping the ground and launching straight into flight.  According to the application, Google’s new H-shaped drone would carry a rotating screen, audio system and even a projection structure on its back, making it easy for coworkers, clients and others to collaborate from just about anywhere.  The company’s innovative “quadcopter telepresence system” could prove to be much more practical and agile than the ground-models currently making their way through office halls, but we’ll just have to wait and see.