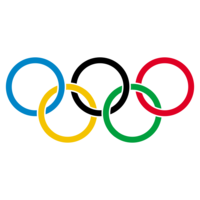 Day four of the Rio Olympics is well underway, and athletes in all countries and sports are giving their all in an effort to take home the gold.  This year, one thing several of the competitors seem to have in common is their recovery strategy post-game, one in particular that leaves them covered in purple welts.

Michael Phelps is just one of this year’s most-popular athletes who seems to have adopted the ancient art of cupping.  The gold medal swimmer was photographed with circular bruises on his back shortly after winning his 19th medal in the men’s 4×100 freestyle relay two days ago, leaving many with questions and spawning several headlines related to the traditional remedy.

Most commonly used today in physical therapy and acupuncture practices, cupping involves the use of glass or plastic cups to create suction on the body, lifting tissue, increasing blood flow and loosening tight muscles.  Though specific methods of the therapy have varied slightly over time, the general practice has been around for centuries.

Take a look at some of the related patents:

In 1947, Cesar Develay and Marcel Galvier Gaston filed a patent for a pump-operated “automatic cupping device.  This unique invention is described as consisting of a glass or plastic cylinder, a piston and a spring which would suction to a patient’s skin, creating “the necessary vacuum” and overall cupping effect.

In 1992, Tomasz Dzik filed a patent for “cool cupping-glasses” after noting the common disadvantages associated with hot cupping practices.  With traditional cupping, suction is often created using heat, which (according to Dzik) could create a fire hazard and result in burns to the body or damage to the equipment.  His patent describes a method using glasses designed with a non-return valve, attached to a vacuum pump with vent holes to help regulate pressure and temperature.

In 2010, Sanghun Lee, Sun-Mi Choi and HeeJung Kang of the Korea Institute of Oriental Medicine filed a patent for a “disposable sterilized cupping therapy apparatus.” Comprised of plastic (and, essentially, foldable) cups, this innovative cupping method is designed to help prevent bacterial infections while reducing volume for storage, individually wrapping and packing each cup down into a flat surface.

What patents have you seen or heard of related to this traditional art?  Have you ever tried it? If so, share your experience with us here!