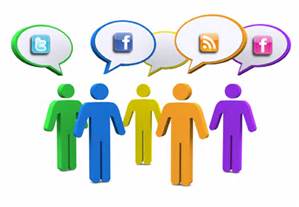 According to a 2015 study, nearly two-thirds of American adults use social media sites, from earlier networks like Facebook and Twitter to newer apps like Snapchat and Tinder.  As social media use continues to increase among adults and teens, so does the technology behind these favorite apps.  Here’s a look at some more recent social media patents:

Google was recently issued a patent for a system that could help social media users generate posts that result in more shares.  The technology would essentially assess trends to help users create content that would appeal to the most followers and later help circulate that content via email communication for an even wider distribution.

Facebook recently received a patent for a system that scans users posts for popular new slang terms and stores them in an online glossary.  The new software would monitor the social media site, searching for “neologisms,” bits of language like “slang, terms of art, portmanteaus, syllabic abbreviations, abbreviations, acronyms, names, nicknames, re-purposed words or phrases, or any other type of coined word or phrase” that are emerging but not yet widely used.  These terms would then be stored in a social glossary, potentially to be used in predictive texts programs later on.

Twitter is also working with a new patent titled, “Messaging-enabled unmanned aerial vehicle.”  The filing describes a drone capable of taking photo and video footage that automatically syncs to a user’s Twitter page.  Users could control the vehicle’s movement and captured content via Twitter services like Periscope, a live video streaming app purchased by the social media site in 2015.

Meanwhile, World Patent Marketing, a patented product manufacturer, is assisting in the development of a new social media app aimed exclusively at the disabled community.  “Socially Accepted” is designed to provide those with special needs a unique place where they can build new friendships and social networks and has the potential to “help a huge group of people who have been left on the sidelines of the social media revolution.”