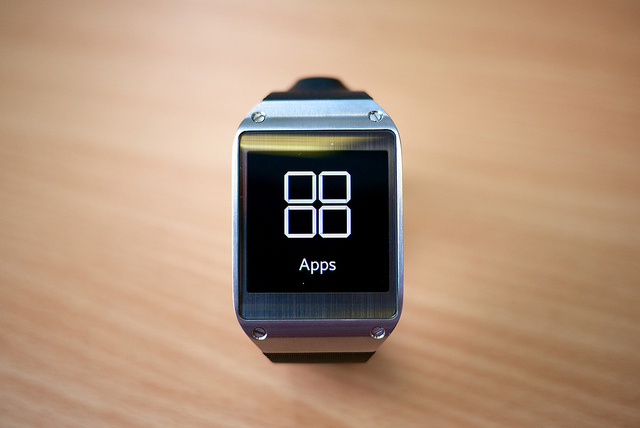 The wearable tech industry shows no signs of slowing down, with creative teams from companies large and small working to develop the next big health monitor, fitness tracker or smartwatch. According to global analysts at CCS Insight, the wearable tech industry will hit $14 billion this year and is expected to increase to as much as $34 billion by 2020.
Samsung recently filed a patent for a new wearable device that has the ability to identify its user by his or her veins.  The patent for a “Wearable Device and Method of Operating the Same,” though vaguely titled, describes a technology that uses sensors to capture a “vein image” for each individual user.  Similar to a fingerprint sensor, processors would then match the vein image with a user’s actual vein in order to unlock certain applications.  While rumors are circulating that the technology could  be incorporated into one of the company’s future smartwatches, it currently remains under exploration.
Google is also working on its wearables, after transitioning the Glass team over to a new effort, deemed Project Aura, late last year. Though the Aura group is said to be working on the “next incarnation” of Google Glass, word has it that they will also be developing wearables that go beyond just eyewear.  A custom fit, computerized ear piece, for example, is rumored to be in exploration by the creative team, with similar ideas stemming from developers at Apple, Microsoft and Samsung.
Researchers and engineers over at UC Berkeley are tapping into the wearables market, too, with a new device that has the potential to monitor a person’s health status by analyzing his or her sweat. This flexible sensor system could essentially form a smart wristband or headband, capable of measuring a user’s body temperature and the levels of glucose, potassium, sodium, and lactate found in his or her sweat.  Circuits analyze the data, which would then be wirelessly transmitted to a user’s smartphone or other mobile device, helping to determine if that user is dehydrated, fatigued, or perhaps even fighting an infection.
Previous Next