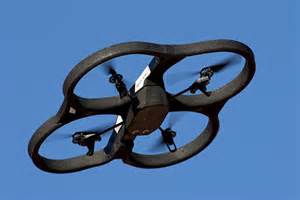 The Federal Aviation Administration released a new list of recommendations for the recreational use of drones on Monday, expecting hundreds of thousands of the machines to be bought and sold as holiday gifts this year.  Global drone sales reached a new high in 2015, hitting 4.3 million and raking in roughly $1.7 billion.  Since March 2014, more than 127,000 drones have been sold on eBay alone, totaling more than $16 million in sales.
As the popularity of recreational drones continues to increase, so does the number of dangerous incidents involving the machines.  In the last few years, the FAA has reported a number of instances where drones have posed as a hazard to air traffic, and in July of this year the Department of Homeland Security claimed that it had recorded over 500 incidents “in which rogue drones hovered over ‘sensitive sites and critical installations,’ such as military bases and nuclear plants.”
As a result, many have banned the use of low-flying drones, including the National Parks Service on its more than 80 million acres of land.  Washington D.C. and its immediate-surrounding areas have also been labeled as “No-Drone Zones.”  In areas where the Unmanned Aircraft Systems are still taking flight, the FAA encourages owners to fly safe, addressing the following on its website:
“You’re heading to the stores on Black Friday to buy that shiny new camera-equipped drone you’ve been yearning for. You can’t wait to get into the sky and let loose your inner high-flying aerial photographer, right?  Did you know you’re also going to become a pilot?”
Under the FAA’s new proposed rules, set to undergo a final decision before the end of December, owners of drones ranging in weight from .5 lb to 55 lbs would be required to register their drones with the federal government or else face potential fines of up to $25,000.
Previous Next