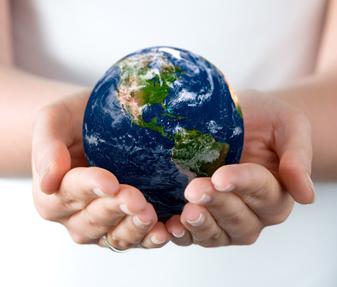 Thousands of young scientists participated in this year’s Discovery Education 3M Young Scientist Challenge, centered on finding innovative solutions for everyday problems throughout the world.  Though thousands of students nationwide entered, only ten were chosen to move forward as finalists, and just one of them was awarded the title of “America’s Top Young Scientist.”  Here’s a look at what some of them came up with:
Krishna Reddy, a popular finalist in this year’s competition, created a device that can detect whether or not a driver has consumed drugs or alcohol based on the dilation of his or her pupils.  Using a digital camera, a toilet paper roll and a snakehead flashlight, this 13-year-old built a unique instrument that tests an individual’s pupillary reflex by shining a light directly into the driver’s eye and recording the results.  These results can then be interpreted to determine if a driver is impaired, whether it be from alcohol, marijuana, painkillers, amphetamines or sleep aids.
Raghav Ganesh, another finalist this year, hopes to help those with Autism Spectrum Disorder navigate the world a little easier. His innovative project focused on the creation of a custom wireless device that can help predict an individual’s likelihood to experience an autistic meltdown.   The invention uses multiple sensors to measure different physiological symptoms and environmental triggers which, when exceeding a certain threshold, can signal an impending meltdown.  This would allow caretakers and individuals with ASD to recognize and defuse an episode while it is in the earliest stages.
15-year-old Hanna Herbst, this year’s grand prize winner, created an Ocean Energy Probe, capable of providing power and clean water to developing countries.  Her invention uses a generator to store untapped energy from ocean currents, which can later be used to desalinize water and provide a stable source of power to underdeveloped areas.  Inspired by her 9-year-old Ethiopian pen pal, Hanna has made huge strides in solving one of the world’s biggest problems and plans to use her $25,000 grand prize winnings to continue her work as “America’s Top Young Scientist.”
The Young Scientist Challenge, first started in 1999, has helped students nationwide accomplish incredible things, with a mission to “foster a new generation of American scientists at an age when interest in science generally declines.” For more information, click here.
Previous Next