Planes, Trains and the Hyperloop: Patented and Innovative Transportation Tech 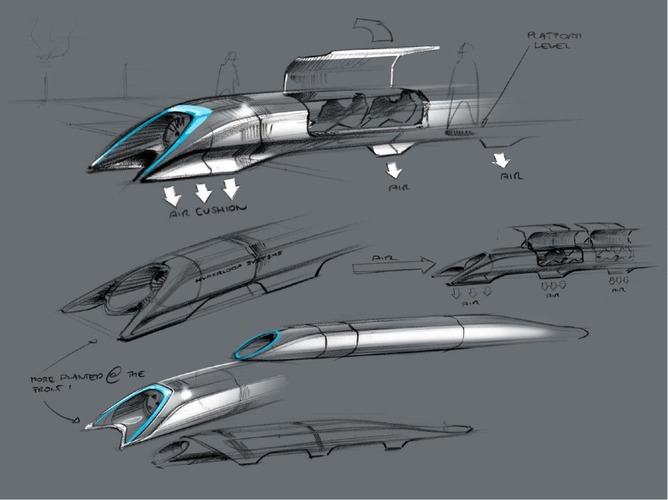 Life’s a journey, and companies all over the world are looking for safer, faster and more tech savvy ways to ride. Whether you’re just headed to work and back or to a cross-country (or interstellar) destination, these unique new travel methods could one day help you get there.

Going up? Canada-based company, Thoth Technology, is giving tourists a ride into space with its recent patent for a “space elevator.” Over 12 miles high, standing more than 20 times the height of the average skyscraper, this unique structure would serve as a center for wind generation, communications and tourism. It would also launch space planes, and their passengers, straight into orbit – a feat that would cost roughly 30% less than traditional rocket launches. The $5 billion dollar elevator is said to have the potential to save money, decrease the amount of fuel necessary and “herald a new era of space transportation.”

For everyone back here on Earth, Elon Musk is making his Hyperloop dreams a reality. This sci-fi like transportation system is essentially a country-wide network of above-ground cylinders that would propel people from destination to destination at supersonic speeds. Similar to the pneumatic tubes used in the bank and pharmacy drive-thru, these pods would require special environmental settings in order to work just right, and would most likely have to prove cost and energy efficient before being built. Currently, Hyperloop Technologies is “growing a world class team to solve and execute every aspect of this bold vision,” including individuals from SpaceX, Boeing, NASA and more.

Looking to travel alone? Lexus has recently created a hoverboard so cool and sleek it would make Marty McFly proud. The prototype, called “Slide,” is similar to a skateboard in appearance, and levitates just inches above the ground. Currently, Slide uses a combination of magnets, superconducting blocks, and liquid nitrogen to get moving and weighs about 25 lbs fully loaded. This dreamy device probably won’t be on the market anytime soon, and so far it’s only been tested in a custom-designed skate park in Spain, but Lexus execs believe that, “There is no such thing as impossible…It’s just a matter of figuring out how.”