A Few Words on Success from Successful Entrepreneurs 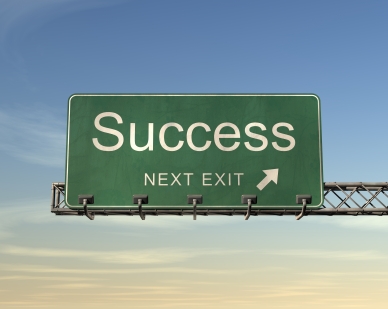 It’s Friday, and we’re celebrating the weekend with a few great quotes from some even greater entrepreneurs.  Check out what they have to say below, and share your own words of wisdom with us in the comments!
Henry Ford- “Coming together is a beginning; keeping together is progress; working together is success.”
Even before becoming one of the world’s most affluent men, Henry Ford seemed to recognize the importance of a good team.  Not only was he one of the few business owners during his time to hire African-Americans, women and disabled people, but he paid them well in an effort to keep them happy at work (increasing their daily wages to $5 from the standard $2). With the continued growth of the Ford Motor Company, Mr. Ford implemented new mass-production techniques (like the moving assembly line) that would help make him a huge success, leaving him to step down from the company in his early 80s with more than 160 patents and a multi-billion dollar empire to his name.
Bill Gates- “It’s fine to celebrate success, but it is more important to heed the lessons of failure.”
Billionaire, entrepreneur, genius, philanthropist, inventor: Bill Gates may be all of these things, but he worked through a lot to get there.  Before becoming a global success, Gates was a college dropout working tirelessly to pursue his love of computers.  In the early 70s, he created his first company Traf-O-Data to help aid in government traffic surveys, however, he didn’t find much success with it.  Rather than write it off as a complete failure, though, Gates recognized the important lessons learned from the experience and used them to create a product that would eventually launch his Microsoft empire.
Coco Chanel – “Success is often achieved by those who don’t know that failure is inevitable.”
One of Time magazine’s 100 most influential people of the 20th century, Coco Chanel’s rise to the top may have been seen as controversial at times, but she left behind an international fashion empire that still reigns today. Chanel carved her own path, defying conventional women’s fashion and creating a line of clothing, accessories and beauty products that now have an estimated net worth of $19 billion.
Oprah Winfrey- “What I know is, is that if you do work that you love, and the work fulfills you, the rest will come.”
Known best as host of The Oprah Winfrey Show for 25 years, Oprah Winfrey is still considered one of the most influential women in history.  Over the years, this business-woman-actor-activist has been officially recognized as the “greatest Black philanthropist in American history,”  “the richest self-made woman in America,” and the “most powerful woman in the world.”  Today, she continues to use her power for good, following her passion for promoting education and donating millions of dollars to various charitable organizations that she believes could truly help make a difference.
Previous Next