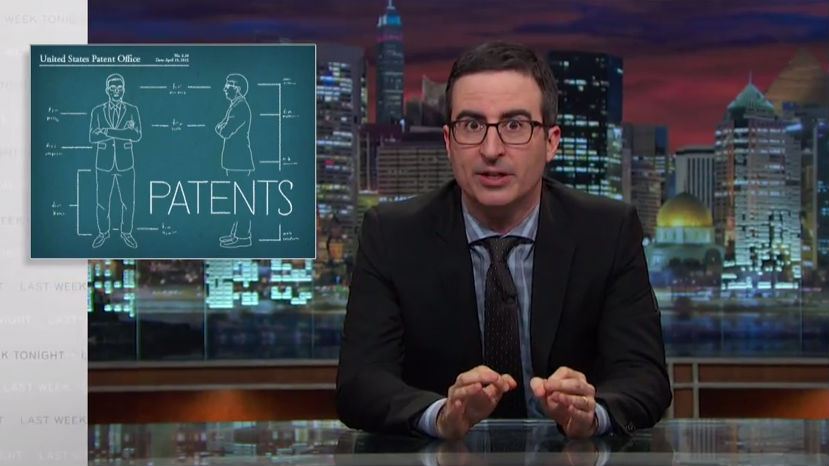 Comedian John Oliver recently ripped patent trolls a new one with his bit on Sunday’s show, Last Week Tonight with John Oliver. Patent trolls have long been an issue, threatening individuals and corporations that work hard to create new and innovative products. Legislation like the Innovation Act 2015 along with new initiatives from big companies like Google are currently in the works to keep patent trolls from stomping out other business. More recently, celebrities like Adam Carolla and Martha Stewart have also joined the ranks to bring these non-practicing entities down.

Sunday, it was John Oliver’s turn.  After bringing up the hit ABC show Shark Tank, the comedian dove into a bit about patents, stating that as far as entrepreneurship goes, “If you don’t have a patent, you don’t have a prayer…”  Most of the trouble comes from NPEs, otherwise known as trolls, a name that Oliver says is undeserved.  “Most of these companies don’t produce anything – they just shake down anyone who does, so calling them trolls is a little misleading- at least trolls actually do something, they control bridge access for goats and ask fun riddles.  Patent trolls just threaten to sue…” he said.
Though the issue of patent trolls isn’t anything new, it is still controversial, as many people feel that strong efforts to stop NPEs could also harm innovation.  The Innovation Act is one such effort.  The bill could be an important step in fighting off patent trolls, as it includes provisions which would shift the cost of litigation to the winning party and require the claimant to present the exact patents in question and details of how they are being infringed upon.  Though last year the bill never made it to a vote in the Senate, it’s not completely dead yet, and rumor has it we may see it surface again soon.
Check out Oliver’s full bit by clicking here.
Previous Next