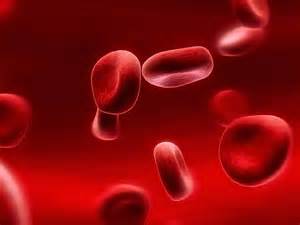 For years now, wearable tech has been slowly transforming the healthcare industry, from devices like the Nike Fuel Band and FitBit to the development of UT Austin’s e-tattoo.  What may have started as a trendy way to snap photos, track sleep and measure the number of steps taken each day may now be transforming into a potential cure for a number of different diseases.

You might remember Google’s Smart Contact Lens Project, an initiative aimed at helping people with diabetes manage their blood glucose levels more effectively.  Using “a tiny wireless chip and miniaturized glucose sensor that are embedded between two layers of soft contact lens material,” patients could monitor their blood sugar levels without having to suffer the painful repetition of a finger prick.

Now, Google has filed a patent application for a wrist-worn device, designed to target harmful cells, hormones, or enzymes in the blood that “have an adverse health effect.”  The patent describes Nanoparticle Phoresis, a process in which a patient would swallow a pill containing microscopic particles designed to track, target and bind to potentially harmful cells in the body.
After circulating throughout the body, the nanoparticles would be collected via magnetic force, and essentially given the chance to present what they found.  Cancer cells, plaque, excess sodium and more could then be “selectively modified or destroyed by energy from outside the body.”
In an effort to test the product’s efficacy, researchers at Google have created models of human arms using both synthetic and real skin from donors.  The project has a long way to go, but it sounds like it’s definitely something worth investigating.  While some people view the project as “weird,” head of Google Life Sciences Andrew Conrad claims that, “It’s way weirder to have cancer cells floating through your body that are constantly trying to kill you.”

For more information, check out the patent applications here.