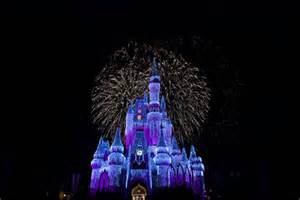 For more than twenty years, Walt Disney Corp has aimed to inspire young engineers and innovators with its annual Imaginations Design Competition. Challenging college students and recent graduates to find creative solutions to a number of both real and hypothetical problems, the competition focuses on design, engineering and communication. This year’s prompt: Apply a Disney touch to transportation in major cities.

Recently, six finalists for the 2015 competition were selected and flown to Imagineering headquarters in California for the opportunity to present their projects to a team of Disney execs. Still in the running are teams representing Texas Tech University, University of Nevada, Drexel University, Ringling College of Art and design, San Jose State and Art Center College of Design.

So far, the finalists have showcased a variety of different talents, incorporating entertainment, technology and other creative concepts into their designs. The University of Nevado in Reno, for example, has developed an entertainment-based transport system based on Chicago’s subway system, called Line 55, that would allow guests to travel underground through a series of different settings, such as outer space or the deep sea.

San Jose State’s project, on the other hand, would lift passengers above the city of Toronto and provide them with 3-D and smart glass projections, interacting seat backs and more. The diversity among finalists and their projects is just one aspect of this competition that gets Disney excited.

Students are also given the unique opportunity to work side by side with experienced Imagineers, getting a behind-the-scenes look at all things Disney. Past winners of the competition include teams from: Carnegie Mellon University in 2014, Art Center College of Design in 2013, North Carolina State in 2012, and University of Southern California in 2011, and University of Arizona in 2010.

For more information on this year’s competition, click here.