5 Ways Technology Could Help Save the World 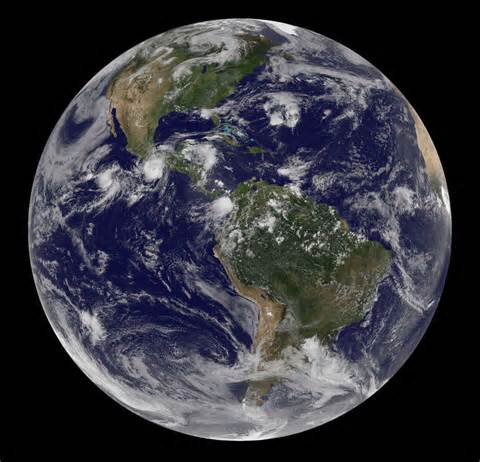 The National Academy of Science announced on Tuesday that a technological intervention may be required to help cool the impact of global warming. It’s a problem that’s been around for thousands of years, but the more recent and rapid changes in climate have many worried that time is running out.

Though they remain extremely controversial, a number of geo-engineering techniques have been researched, assessed and published into a two volume report by a team of more than a dozen scientists. Here are just a few of their ideas:

1. Plant more trees improve soil quality: It may sound simple, but carbon-reduction efforts like these are some of the more promising strategies out there, according to the report. Unfortunately, they would also take more time to have an effect on the environment.

2. Stratospheric aerosols: Mimicking the effects of a volcanic eruption by releasing mass amounts of sulfur dioxide into the air may sound strange, and it’s definitely got its problems, but it’s a plan that could help reflect sunlight back into space and lower the earth’s temperature in the process.

3. Ocean fertilization: Using nutrients like iron to increase marine vegetation is another controversial process to consider. While the hope is that the increase would lead to a higher amount of carbon dioxide absorption, the process itself is still flawed, leaving many to dismiss the idea completely.

4. Carbon dioxide “filters”: Basically a bunch of giant vacuums that would suck carbon dioxide right out of the sky- Some like it because it’s simple, but in reality this plan would require tens of thousands of machines of enormous proportions in order to have any real effect.

5. Reflective sheeting: This technique has been proposed for use on land, in air and even in outer space. Though plastic sheets over the earth’s deserts, mirrors in earth’s orbit and seawater spritzes into the clouds may all aim to reflect sunlight and lower global temps, it’s a lengthy and difficult plan that would involve an incredible amount of money and materials to even attempt.