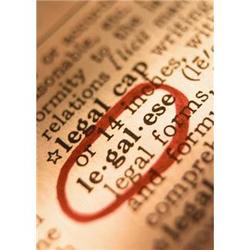 Last Wednesday Senator Patrick Leahy, chairman of the Senate Judiciary Committee, made the tough decision to remove a controversial patent bill from the committee’s agenda after both sides failed to reach an agreement on how to proceed with the proposed reform.

The Patent Transparency and Improvements Act is aimed at reducing the thousands of patent lawsuits brought on by non-practicing entities each year and has gained strong support from large tech companies (like Google and Cisco) that have become all too familiar with the abusive practices of patent trolls. It may have always been slightly controversial, but after similar legislation passed through the House of Representatives in an overwhelming vote last year, many are surprised to see the Senate bill shelved.

“Unfortunately, there has been no agreement on how to combat the scourge of patent trolls on our economy without burdening the companies and universities who rely on the patent system every day to protect their inventions,” Leahy wrote in a statement.

One particular area of concern is the fee-shifting provision of the bill, which would require the losing party to pay the winning party’s legal fees. This might be a good tactic when it comes to curbing the legal actions of patent trolls, but many are concerned that it could also discourage smaller companies from pursuing legitimate lawsuits.

Leahy mentions that, “We have heard repeated concerns that the House-passed bill went beyond the scope of addressing patent trolls, and would have severe unintended consequences on legitimate patent holders who employ thousands of Americans.”

Now that the bill has been indefinitely postponed, many feel that it’s unlikely we’ll see anything happen this year; However, Leahy and his co-sponsor on the bill, Senator Mike Lee, claim that this doesn’t mean they’re giving up. The Senate will continue to work on addressing the issue of patent trolls, and Leahy says that, “If the stakeholders are able to reach a more targeted agreement that focuses on the problem of patent trolls…I will bring it immediately to the Committee.”