Innovation Spotlight: Dean Kamen and His Quest for Clean Water 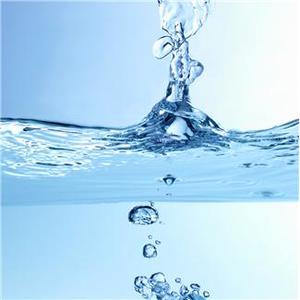 In 2001, Inventor and entrepreneur Dean Kamen entered the limelight with the Segway, a human transporter designed to give consumers a way of moving about “easily, efficiently, intelligently, simply.”  While many would say that this creation is what first put Kamen on the map, he’s actually been inventing since his high school years and has accomplished an astonishing amount.

With over 440 patents, Kamen has made incredible advances in the medical technology field with developments like the insulin pump and portable dialysis machine.  A self-taught physicist and college dropout, he has also established a handful of organizations dedicated to education and technological advancement including: FIRST (For Inspiration and Recognition of Science and Technology) which sponsors annual robotics competitions for students across the country, and DEKA Research and Development, a company focused on discovering new innovative solutions and technologies.

Recognized for his leadership efforts and inventions that have helped to advance healthcare on a global scale, Kamen was awarded the National Medal of Technology in 2000 and was inducted into the National Inventors Hall of Fame in 2005.  Since then, he has continued to research and develop new technologies that could one day change the world, like his latest project – a  water purification device called “Slingshot.”

According to Kamen, global water purification issues are a huge “Goliath” of an issue, but this sort of technology could be just the tool needed to take it down.  About the size of a miniature refrigerator, the Slingshot device uses vapor compression distillation and can purify just about anything- from salt water to poison and chemical waste – into crisp, clear drinking water.

It’s an incredible development, but it does need electricity to operate, which could make it difficult  to use in areas of the world that are off the grid.  Kamen, however, may already have found the solution: his Stirling generator, capable of creating electricity using only a source of heat and cold.  The system in its entirety has already passed testing phases and is ready for production – all it needs is a financer and manufacturer.

Interested in learning more about the Slingshot?  You can watch Kamen’s work from its conception in Paul Lazurus’ documentary “Slingshot” released last month.  Click here to find out more.