Google’s Had Enough: Patent Wars are “Not Helpful to Innovation” 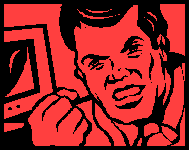 Google has had enough of big software patents, or so the company claimed at a recent Technology Policy Institute conference. The company’s public policy director Pablo Chavez took the stage during a QA session, strongly criticizing patent trolls and the constant courtroom battles between top tech companies.

This isn’t the first time Google has spoken out against the patent system, arguing that the shelf-life of patents be shortened and that patent trolls be pressed with strong financial penalties for their actions. Interestingly enough, just days before heading to the conference in Aspen, Motorola Mobility (a Google subsidiary) filed a suit against Apple for infringements on a number of different patents and is hoping the courts will ban the importing of iPhones and other Apple products.

While Google’s points that these patent wars are “not helpful to consumers…to the marketplace…[or] to innovation,” are spot on, the company’s rally for support couldn’t have come at a more awkward time. Chavez may not be responsible for Motorola’s actions, but the association is there and has people wondering.

Google isn’t the only company to take a rather unpopular stance on the subject. Twitter announced back in April its newest IP strategy- to use its patents for defensive purposes only, and to avoid hindering even its biggest competitors from any future innovation.

Other tech giants have yet to jump on board. Former Apple CEO Steve Jobs stirred the pot when he vowed to go “thermonuclear” on Android, and companies like Microsoft continue to publish press releases for every patent “win.” If the patent system is going to change for software/tech companies like these, it’s going to be a slow process.

For the time being, Google will continue to throwperiodical jabs at the system, while taking the necessary actions to stay in the game. Chavez states, “One thing that we are very seriously taking a look at is the question of software patents, and whether in fact the patent system as it currently exists is the right system to incent innovation and really promote consumer-friendly policies.”