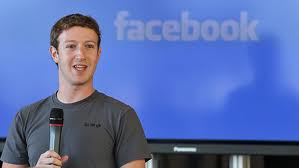 Recently, billionaire Mark Zuckerberg has gotten married, taken his company Facebook public, and successfully settled a first major patent dispute with Yahoo. Add to this list Zuckerbergs acquisition of his first ever patent that he himself applied for.

Patent number 8, 225, 376 for Dynamically generating a privacy summary was recently passed after its initial filing six years ago. It covers a method of displaying a users profile based on their chosen privacy settings.

The patent wont have an impact on Facebooks overall portfolio, however it will serve more as an accessory to Zuckerbergs name. Though the patent was originally rejected by the USPTO, the company worked hard to push it through after announcing its plans to go public in February of 2012.

Facebook more than doubled its efforts to get approval for the patent, scheduling numerous interviews with patent examiners and requesting reinvestigations of the patent claims, all to see what it would take to get it passed. This persistence and determination paid off in the end, and the USPTO passed the patent, noting that it is entitled to a Patent Term Adjustment of 1258 days.

So whats next for this multifaceted company? This Thursday, Facebookwill report on its first quarter as a public company. Valued today at just over $60 billion, Facebook has investors a little worried and unsure of what to think. They will, however, have plenty to talk about including: Yahoos suit before the IPO, payment made to Microsoft over $500 million for a stack of patents, the launching of the App Center, the $1 billion purchase of Instagram and more.

Facebook is unsure how the end of their second quarter will look over on Wall Street, but theyre hoping for a little leniency. Right now theyre expected to report earnings of 12 center/ share on revenue of $1.15 billion, though analysts predict this revenue to increase to $1.24 and $1.45 in following quarters.