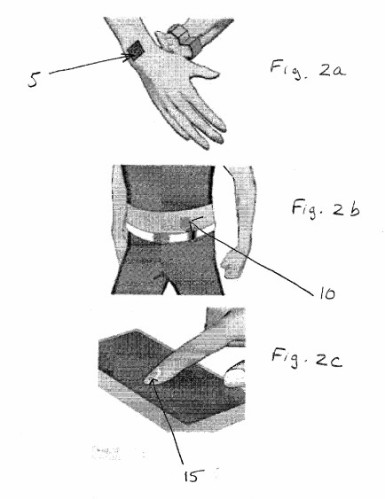 Nokia recently filed a new patent application that could one day shake the foundation of the mobile device industry.

The technology is based around the concept of tattooing, or stamping, a ferromagnetic material onto a persons skin that is linked to the individuals mobile phone. This marking, placed on a users arm or even fingernail, can be set to vibrate at different frequencies to create a series of alerts. Low vibrations could be used to alert the user of a message, calendar event, etc. Higher frequencies could indicate a phone call or alarm.

For those that cringe at the idea of having a visible marking on their skin, Nokias patent indicates the option for an invisible magnetic mark. However, the company may still have trouble pushing the idea to the general public, as it is such an invasive concept with potential medical repercussions.

There has been talk about a removable version- a badge, so to speak. This could be applied by the user to the abdomen area or arm and removed/ reapplied when wanted. The tattooed version, however, would essentially be the more effective of the two having an enhanced sensitivity programmed in an individuals skin.

Its a startling concept that has a large majority of people feeling uncomfortable. Though were still far from seeing a model of the technology, the patent application is in. It will be interesting to see how Nokia follows up with the USPTO.