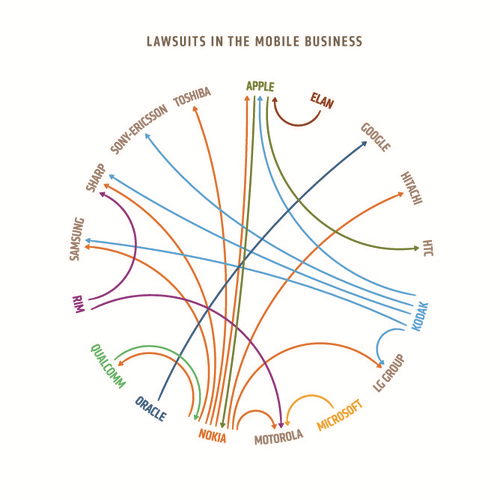 Recently, mobile patent litigations have clouded the media. Apple, Samsung, Motorola, Windows the company names and infringement claims seems to be endless. With suits, followed by countersuits, followed only by more suits between the worlds leading industry giants, the IP experts have their hands full.

With more than enough money to throw into their legal claims, mobile companies are continuously pulling products from store shelves only to quickly put them back on, all while trying to create obstacles for those who have done the same to them. Back and forth, over and over again, never to be settled.

Apple recently pulled the iPad and iPhone from stores in Germany, after a ban was placed on the products when Motorola claimed that Apple used their 3G technology illegally. Dont expect Apple to go down without a fight. The company has already filed several countersuits against Motorola, and claims that their products will return to stores very shortly.

Meanwhile, Apple has expanded its lawsuit against Samsung in Australia from three claims of patent infringement to 278. Apple no longer holds these claims to just one Samsung device, the Galaxy Tab 10.1, but now says a total of 10 devices are allegedly breaking the law. Samsung plans on filing a defense, though it may not be until later in the year.

In the end, none of these existing technologies will be permanently removed from the market. That doesnt seem to be the point of such legal actions. Simply putting a temporary hiatus on another companys technological advancements seems to be enough. Its a continual obstacle course a roadrunner and coyote type of game- that will never truly have a winner.