Stingy Jack and the Patent for Jack-A-Lantern 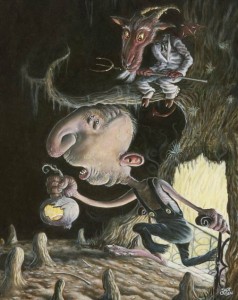 Every fall, people adorn their porches, doorways, and windows with pumpkins. Ghoulish faces illuminated by candlelight are a fundamental part of the Halloween spirit these days, though the practice of decorating jack-o-lanterns is one that originated in Ireland very long ago.

Large turnips and potatoes served as their canvas for representing the many faces of Stingy Jack, the center of a traditional Irish folktale, until the practice was brought over to America and pumpkins were used.

Stingy Jack was a trickster of a man, who after having a drink with the devil one night convinced the devil to turn himself into a coin with wich Jack could pay for their drinks. The devil did so, and Jack instead kept the coin in his pocket next to a cross pendant, so that the devil could not transform back.

After freeing the devil, upon a later encounter,Jack convinced the devil to climb up a tree and pick him a piece of fruit. The devil obliged, and Jack carved a cross into the trunk, once again trapping the devil. A few wicked years later, upon Jack’s death, God would not accept him into Heaven. The devil, upset with Jack for having tricked him twice, would not accept him into Hell. And so, Jack was cast out into the dark night with only a burning coal to light his way.

Jack put the coal in a carved-out turnip, and has since been roaming the Earth. Thus, Jack O Lantern was born.

This Halloween, as youre carving your pumpkins and getting candy ready for the kids, keep a watch out for Jack and his mysterious light, and be thankful that it doesnt look anything like this: 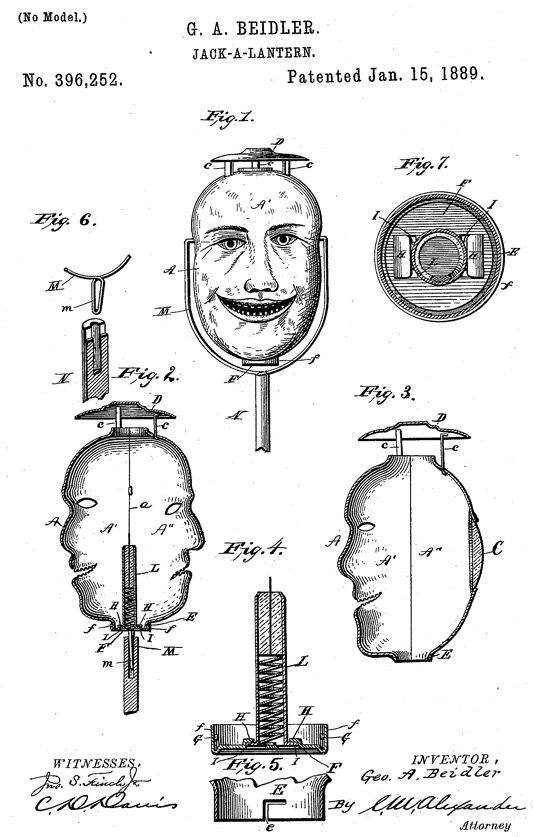 Thispatent was passedin 1889, and given the name the Jack-A-Lantern. The parts are shaped in order to represent a face with the eyes, nostrils, and mouth cut away to form openings for the light. It was said to be an attractive, desirable, and amusing toy for children, and was also intended for use in political campaigns by bearing the faces of the candidates. Creepy right?