So, starting with any patent where would we find ourselves after 6 steps through the references cited network? The tune of todays patent adventure is provided by legendary guitar innovator Les Paul. 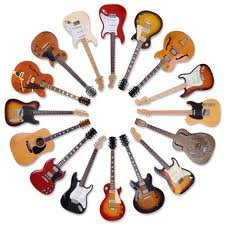 Third Degree:US 6,223,353 B1, a glove designed to disable a persons dominant hand in order to develop control of their non-dominant hand

Fourth Degree:US 4,881,275 A, a basketball gripping glove to facilitate pass fakes and dunking

Fifth Degree:US 6,094,747 A, a device for protecting rings from becoming lost during physical exercise

Sixth Degree:US 4,121,360 A, an identification bracelet for infants

So there you have it, in 6 steps you can connect Les Pauls apparatus for converting string vibrations into electrical variations that are blasted out of an amp set to volume 11 and an ID bracelet for future rockers. Could we say that starting with Les Paul, we’ve passed from an old rocker, through Kid Rock straight on to Baby Rock? Nah. Anyway… while this journey represents one connection path for the Les Paul patent, feel free to follow your own path of patent connection intrigue and share it in the comments section below. Have a suggestion for an inventor or invention you would like to see in the Six Degrees post? Share that in the comments too! We’d love to hear your own outcomes.