Dealing With Patent Trolls: Defend Your Business Against the Unknown 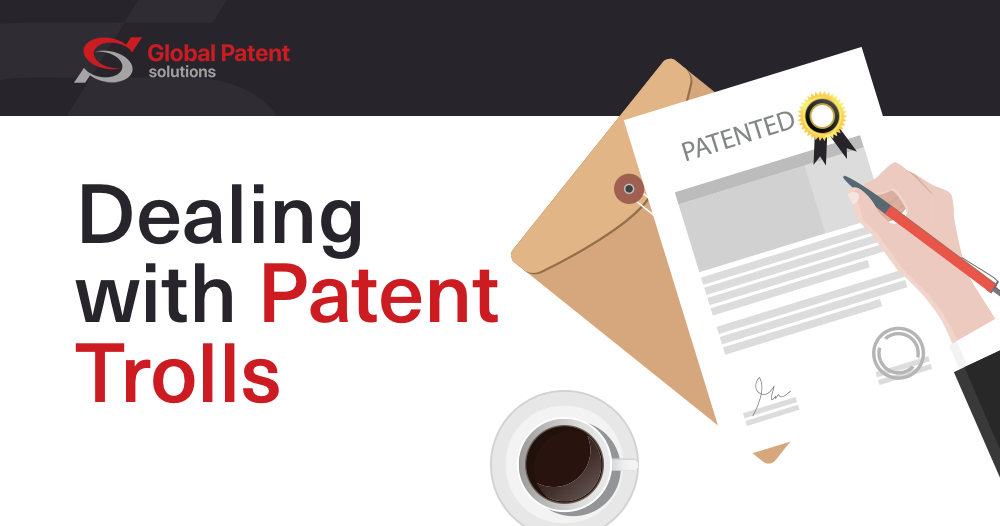 In the world of business, there are plenty of things to keep track of: salaries, benefits, investors, inventory, customers, etc. The last thing you want on your desk is a letter out of the blue threatening to sue, often for vague reasons.

What has just happened? You’re a patent troll’s latest target. 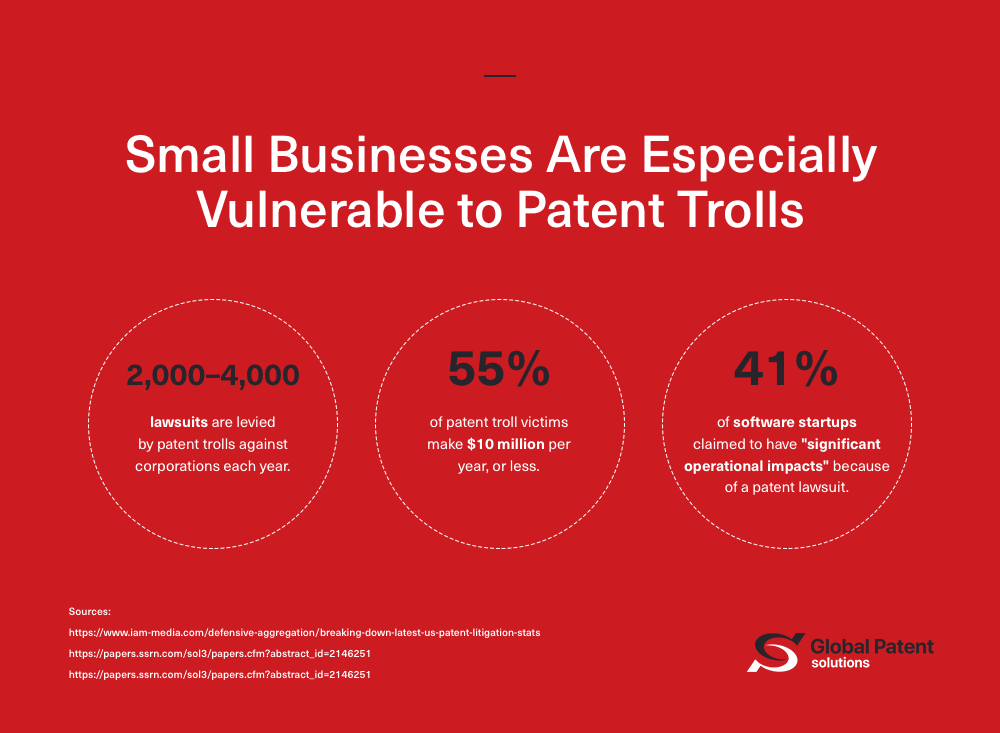 Patent trolls are shell companies that don’t physically provide any services or products; they just purchase patents. They do this with the sole intent of going after other companies and trying to extort them for obscene amounts of money. There’s also a catch… the patents these trolls are suing for are often for mundane or broad applications. For example, suing for the process of scanning a document to email, which is something that hundreds of people do each day, not just one company, rendering it nearly impossible to imagine the potential global ramifications.

According to the LOT Network, over 10,000 companies have been sued by a patent troll at least once. Not only have many companies been targeted by patent trolls, they don’t discriminate by size or business type. In fact, many of the targeted businesses are small to mid-sized, as more than half of the companies that patent trolls target make less than $10 million a year. If you happen to be one of those businesses or you’re looking to protect your patent in the future, read below to arm yourself against the dreaded patent troll. 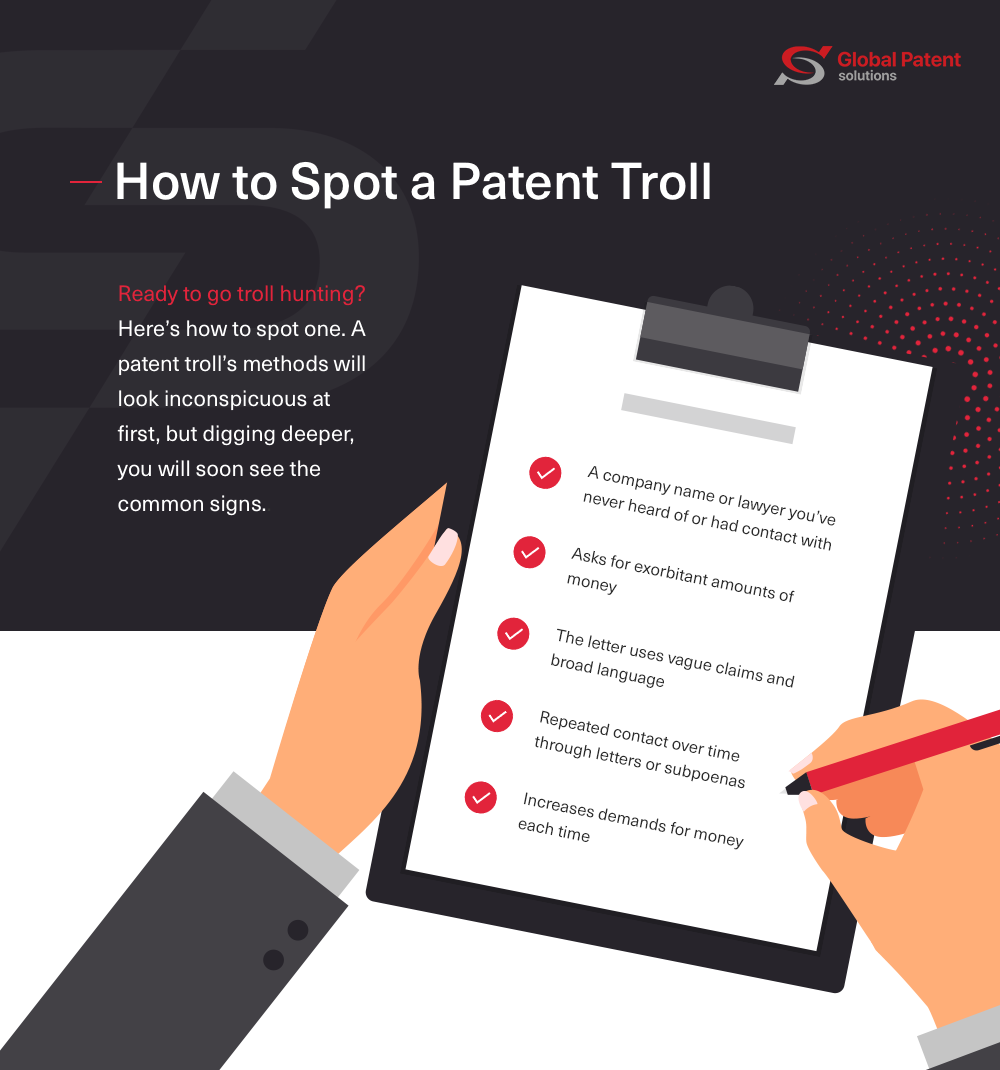 What to Do if You’ve Been Targeted by a Patent Troll?

When you’ve been targeted by a patent troll, there’s no time to waste. You may feel panic, uncertainty or anger, which is expected and understood by many who’ve been in your shoes. While you’re processing your emotions, you also need to develop a plan of action.

When you’ve been served by a patent troll, here are a number of things to do.

While it’s important to know what you can do to fight off patent trolls and when, you may also be able to find assistance legally through the help of state laws. In the United States, bad-faith patent assertion laws are designed to help protect vulnerable victims of patent trolling.

Vermont was the first state to create and institute a bad-faith patent assertion law and many states followed suit. Each state has its own definition of what defines ‘bad faith’ on behalf of the patent troll and what factors must be present for it to be considered so, including the demand letter’s contents or actions the PAE took. Some states follow Vermont’s lead while others deviate from that model and forge their own definitions and procedures.

For a full list of where states stand on bad-faith patent assertion laws, see below. 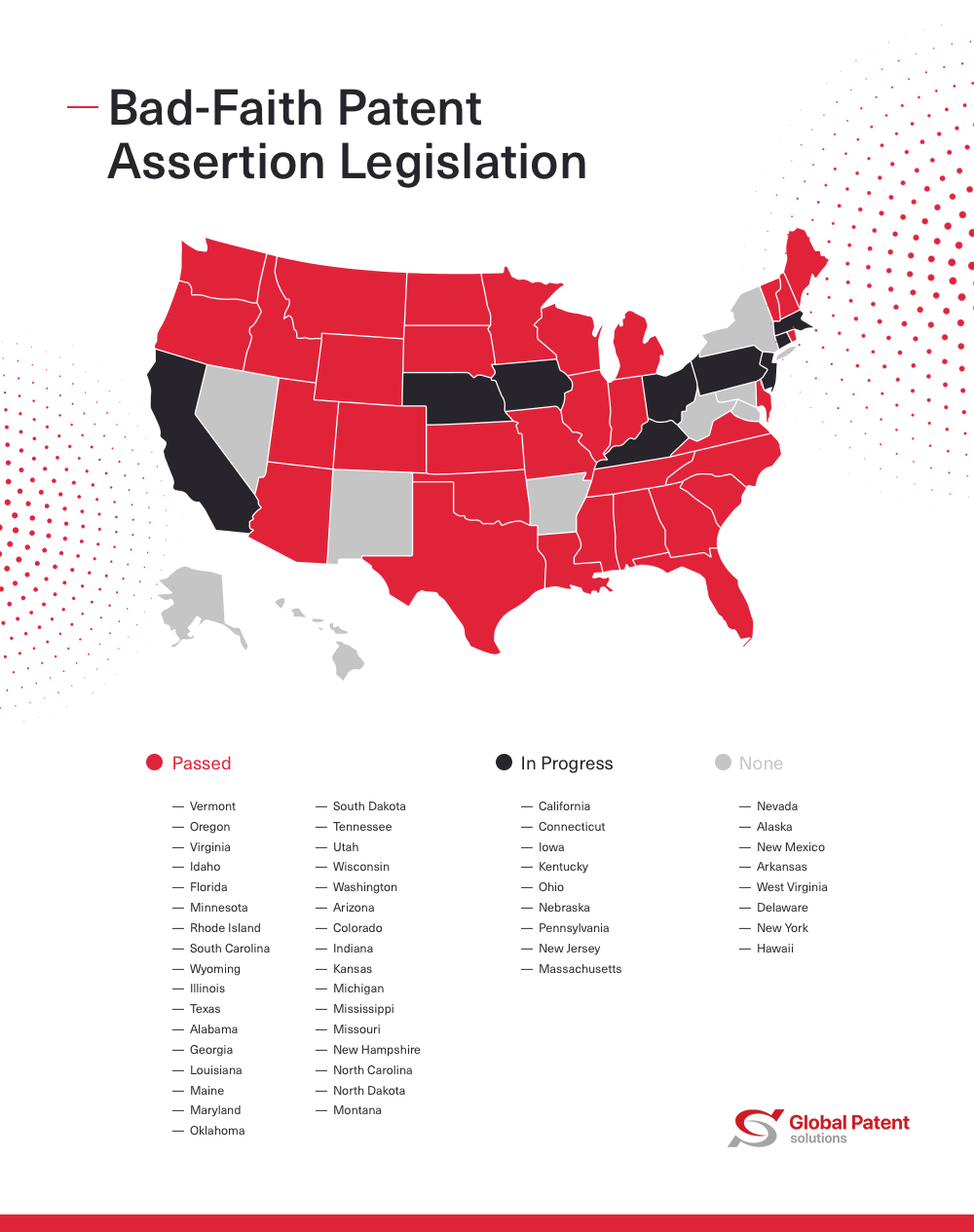 The Road to Defeating Patent Trolls

The road to defeating patent trolls has been a long one and not without hefty legal battles that turned the tides against PAE’s. Here are a few pivotal pieces of recent legislation that have worked to slowly chip away at patent trolls’ power.

This Supreme Court case ruled that patent litigation should take place geographically in a location that is relevant to the defendant, such as if they hold a business in a certain location, not in a location of free choosing by the patent owner. This case was pivotal in the fight against patent trolls, as the Eastern District of Texas was notorious for patent trolls winning cases there, due to the advantages of choosing where to bring the case, even if it had no relevance to the case itself.

Personal Audio, LLC, a patent troll, tried to take down the entire podcasting industry and one of its most successful, comedian and podcaster Adam Corolla, who has the most downloaded podcast world record from Guinness. Personal Audio claimed that Corolla’s podcast infringed upon their patent. Corolla raised nearly half a million dollars in crowdfunding money to fight the case and ended up settling out of court with the company after convincing them to drop the case. This case was so big, that the Electronic Frontier Foundation created a campaign to ‘save podcasting’ and filed its own separate case against Personal Audio to invalidate the patent, which the EFF won.

With its blazing innovation in our modern world, Apple’s understandably has been the target of patent trolls trying to jump on the bandwagon of this wealthy tech behemoth. This case is a near decade long headache regarding multiple patents and back and forth evaluation and reexamination regarding Apple’s VPN On Demand and Facetime functions. The two companies are still undergoing legal battles.

Who’s in Your Corner?

If you’ve been the victim of a patent troll, it’s important to know that you’re not alone. Plenty of patent holders have been in your shoes. Not only have they been in your shoes, they’re here to help. There are organizations rallying to fight against these trolls. For example:

Don’t let concern about patent trolls and potential litigation scare you from moving forward with your patent idea. Information and an action plan is the best defense against a patent troll if you’re the target of one down the line. Global Patent Solutions knows that your invention and business dreams can’t wait– or be defeated by — a nasty patent troll, so we’re here to help. As a worldwide patent search company, we help inventors see for themselves if their patent has prior art already in existence. We know how important this step is on the patent journey, and we’re here for you to take that first step in making your ideas come to life. Contact GPS today to learn more. 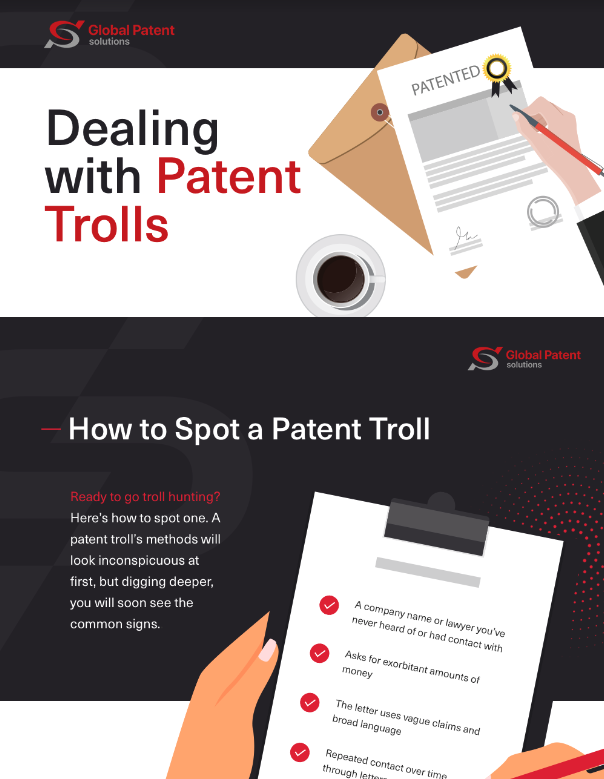