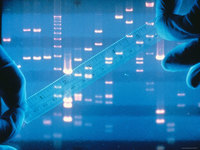 The University of California has filed an appeal with the U.S. Court of Appeals for the Federal Circuit in Washington, D.C. over the CRISPR-Cas9 genome editing technique.

When U.C. Berkeley’s Jennifer Doudna, in collaboration with Emmanuelle Charpentier of the University of Vienna, and Feng Zhang of the Broad Institute of MIT and Harvard both filed separate patents covering the technology back in 2012, Zhang’s application was approved first; However, Doudna and Charpentier claimed that they had demonstrated the applications of CRISPR as an editing tool first, making them the true inventors of the technology.  The two parties eventually took the issue before the Patent Trial and Appeal Board.

In February of this year, PTAB determined that the use of CRISPR-Cas9 technology in human cells as described in patents filed by Zhang and his team was separate from the general use of that same technology in any cell type as Doudna and her team at UC Berkeley claimed with their patent applications.  In short, PTAB concluded that the inventions claimed in the patents filed by both parties were distinct and did not overlap, therefore each would retain the right to license their own patents to any third party.

On Tuesday, the University of California filed an appeal, stating that PTAB overlooked key aspects of the case and was incorrect in its ruling that the two discoveries did not overlap.  The appeal asks for a reversal of the Patent Trial and Appeal Board’s previous decision, stating that the patents held by both parties do, in fact, interfere and that “The use of the CRISPR-Cas9 system in eukaryotic cells is not separately patentable from the general application of the CRISPR-Cas9 system in any cell type.”

The upcoming ruling may not only determine if the two parties’ patents overlap but, if so, who will hold the rights to this patented technology.