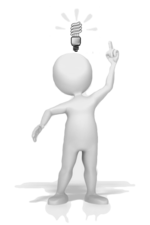 Apple may have lost millions in court battles more recently, but it certainly hasn’t lost its drive.  In the midst of all its pending litigation, the tech company is continuing to take huge strides in innovation, creating new and unique applications for its devices.  Here’s a quick look at what’s new:

Non-practicing entity MobileMedia LLC recently won $3 million in its lawsuit against Apple for the alleged infringement of its patent related to ring-silencing features for mobile devices, but that hasn’t stopped Apple from working on its own new features.  One of the company’s more recent patent filings, titled “detecting stowing or unstowing of a mobile device,” aims to prevent the accidental activation of a person’s smartphone (E.g. butt-dialing).  The patent describes the use of a paired wearable, like the Apple Watch, to help power down, lock or otherwise disable certain modes of a user’s phone while stowed.  Proximity sensors, motion sensors and other environmental context would help determine whether a device was in a stowed or unstowed position.

Apple also recently lost its battle with Acacia Research Corporation in a case involving patents for optimizing data usage in a mobile network.  Acacia may have walked away with $22 million in its pocket, but Apple continues to prevail.  Another of the tech giant’s more recent patents for “biometric capture for unauthorized user identification,” could potentially serve as a solution for mobile device theft. This unique technology, which uses a combination of device triggers, cameras and other custom settings, could help to capture the fingerprint and picture of any unauthorized persons trying to unlock another’s phone.  Ideally, this information would then be stored on the device and transmitted through a “cloud data storage service” to the rightful owner.

But Apple isn’t just focusing on mobile devices.  In fact, a patent filed back in March shows that Apple is wiling to venture far beyond the realm of future-tech and focus on things like… “A retail paper bag.”  It might sound odd, but Apple’s patent for “A retail paper bag” is real.  Described as having handles made of paper fibers and an environmentally friendly make-up of at least 60% recycled materials, this patented paper bag could soon be in Apple stores everywhere.  Until then, Apple’s innovation will continue to be exemplified by its intellectual property, especially its patents.  To see what else Apple is up to, click here.