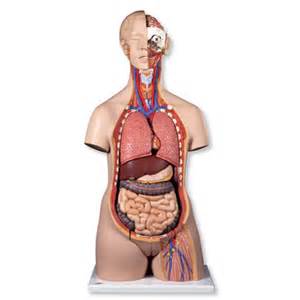 Researchers at Harvard University’s Wyss Institute have created a new technology that could help save animals from medical testing.

Each year, millions of animal lives are lost in clinical studies across the globe, as scientists strive to predict how the human body will respond to new pharmaceutical products.  These trials often take years to complete, costing millions of dollars and still often falling short when it comes to accurately imitating human physiology.

Donald Ingber and Dan Dongeun Huh could change all of that, however, with their recent creation, Human Organs-on-Chips.  These flexible, polymer microchips are just a few inches in length, resembling a computer memory stick and lined with a membrane containing actual human cells.  Each chip is designed specifically to mimic an entire organ, providing the same structure and functions as a real human liver or lung.  As new medications and treatments enter the lab, researchers can observe how these human cells respond, giving them a better idea of what actually goes on inside the body.

After taking home the 2015 London Design Museum’s Design of the Year Award, Ingber and Huh don’t plan on slowing down anytime soon.  Ultimately, the team behind Human Organs-on-Chips would like to create and link ten different chips, each representing a different organ, to an automated machine capable of controlling fluid flow and cell viability.  The result would essentially be a whole body superchip that would allow researchers to observe full-body physiology as it relates to pharmaceuticals, rather than focusing on one area at a time.

While these developments mean big things for animal testing, they could also have a huge impact on personalized medicine. In a recent press release, Director of London’s Design Museum, Deyan Sudjic, stated that “[Human Organs-on-Chips] has identified a serious problem – how do we predict how human cells will behave – and they solved it with elegance and economy of means, putting technology from apparently unrelated fields to work in new ways.” For more information, visit http://wyss.harvard.edu.
Previous Next