Disney Seeks Out Patents on Drones for Aerial Displays 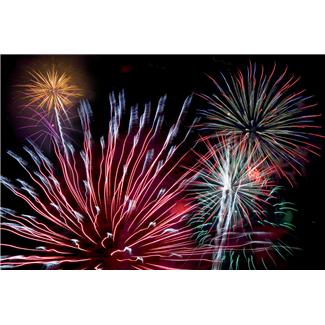 When it comes to the Walt Disney Company, you can forget fireworks – word has it that the company is on to bigger and better things.  Three new patent filings recently surfaced related to “a multi-drone aerial display system,” capable of moving projections screens and manipulating large marionette puppets for performances.

The idea is to help make aerial performances within the park easier to operate, not to mention more fun for the guests to watch.  There’s a lot behind the current light shows, fireworks displays and puppet shows that get put on – on an almost daily basis.  The use of drones could be what the company needs to help make these shows better from both a financial and an operational standpoint.

The patent application reads, “The inventors recognized that presently there are no mechanisms for creating very large aerial displays such as a display that is reusable/repeatable, dynamic, and interactive.” Disney’s new system would use the concept of “flixels,” or floating pixels, “to create virtual 2D or 3D displays or to flash colors so as to mimic fireworks (e.g., to provide reusable/sustainable firework-type displays).”

We probably won’t be seeing these Disney drones anytime soon, however.  Unfortunately, current FAA guidelines prohibit the commercial use of aerial drones at any altitude.  Even individuals using drones for their own personal interests are restricted to flying under 400 feet and a drone weight of less than 55 lbs.

It might take Disney a while to find the right approach, but using flixels and drones to create unique aerial displays could make the Magic Kingdom even more magical.  To find out more, view the full application here.