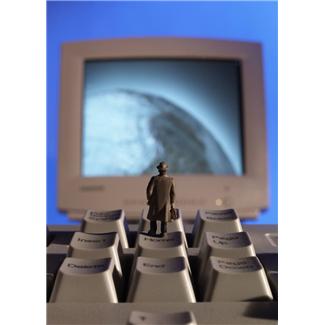 Most people jump straight to Jobs when they hear the word Apple, but the company’s co-founder Steve-Wozniak is definitely worth getting to know.  Commonly known as “Woz,” this guy was there from the very beginning, inventing the Apple I and II and helping his friend and colleague Steve Jobs change the tech world.  Here are a few more interesting facts:

1.  He was a college dropout.  Rather than study, Woz took a job engineering calculators for Hewlett-Packard; however, he later returned to school to finish his degree and received a B.S. in electrical engineering and computer science from UC Berkeley.  Since then, he’s also received 11 Honorary Doctor of Engineering degrees from schools such as North Carolina State University (2004), Michigan State University (2011), and Santa Clara University (2012).

2.  He’s an athlete.  In his free time, Woz enjoys playing Segway polo. Similar to the traditional version of the game (played on horseback) Segway polo is now an international sport, governed by the International Segway Polo Association (ISPA).  There’s even an annual Woz Challenge Cup, a four day tournament named after the Apple co-founder himself who started playing Segway polo in its earliest years.

3.  He didn’t like Jobs.  Woz has got nothing but love and respect for his business partner and long-time friend Steve Jobs, so when the movie version of his life (starring Ashton Kutcher) was made, Woz said he wanted little to do with it.  Following the film’s premiere at the Sundance Film Festival, CNN reported that Woz was disappointed with the movie’s inaccuracies, calling it “awful and atrocious.”

4.  He raised money for Apple with a calculator.  In order to build their first prototype computer (what turned into the Apple I), Woz and Jobs needed money.  Jobs sold his Volkswagen van and Woz parted ways with his HP scientific calculator.  Together, the two raised over $1,000 which was enough to get them started.

5. He crashed a plane.  In 1981 Woz sat at the wheel of a small aircraft and was seriously injured when it crashed on the runway.  He sustained a number of head injuries that temporarily affected his short-term memory, but he bounced back.  According to his autobiography, iWoz, (a best-seller) the Apple II computer games are what helped him regain his memory.