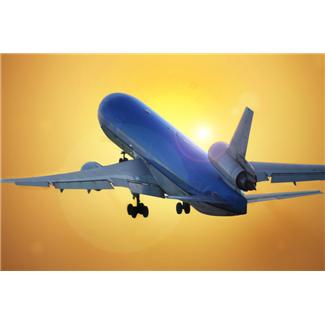 Leading aircraft manufacturer, Airbus, recently filed a new patent application that would eliminate the need for windows in a plane’s cockpit. Titled, “Aircraft with a cockpit including a viewing surface for piloting which is at least partially virtual” the patent refers to plans for a windowless cockpit, equipped with 3D view screens and projector along with the laser technology required to produce holographic images.

To the delight of many engineers, the patented technology could allow for the complete restructuring of the aircraft as we know it.  Conventional windows could be eliminated in the nose area of the plane, decreasing the aircraft’s weight and significantly increasing its fuel efficiency. Not only that, but the entire cockpit could be moved to “an unused zone of the aircraft,” improving the aerodynamic qualities of the plane and making it a safer ride overall.

Through its Smarter Skies initiative, Airbus has continued to look to a safer, smarter and more eco-friendly future and has continued its focus on innovation and technology.  After forty years of creative thinking, the company has expanded its vision to include sustainable aviation for the year 2050.  Airbus not only aims to create a future for flight that is faster, smarter and better for the environment, but hopes to vastly improve aircraft safety and operations in the process.

Though it may be a while before we see a windowless aircraft, or even one with a cockpit located in the main cabin, Airbus continues to push the envelope when it comes to flight.  The company recently finished work on the first A320neo “new engine option” aircraft, set to take its first flight in September of this year.  The aircraft incorporates a number of Airbus’ innovative features, saving 15% in fuel and reducing the amount of CO2 per aircraft per year by more than 3,500 tons.

To find out more about what this innovative company is working on, click here.