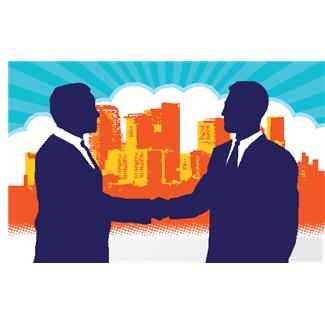 IBM, Microsoft, Pfizer, Apple, Dupont, Ford and GE have come together to form the Partnership for American Innovation, a lobbying group in support of stronger patent protection.

The group, formed just days ago, stands behind the principle that a strong patent system is essential to America’s economic and technological success, as it is responsible for more than 40 million jobs and contributes roughly $5 trillion to the U.S. economy. These seven companies, alone, invest over $40 billion a year in RD, helping to support over one million jobs while creating “iconic products” that the American economy depends on.

With patent legislation currently sitting in the Senate’s hands, the group worries that any steps to fight patent assertion entities (better known as trolls), including making software and biotechnology un-patentable, could do more harm than good.

Former director of the USPTO, David Kappos, now serves as the Partnership’s senior advisor. In a recent press conference he states, “As director of the USPTO, I saw firsthand the significant role the patent system plays in encouraging inventors, promoting investment in innovation, and creating jobs…now is not the time to gamble with America’s innovative engine…”

Though not against patent reform entirely, the group simplyurges legislators to take a closer look at the long-term effects their decisions will have on innovation and to avoid getting caught up in the shorter-term emotional triumph of cutting down trolls. Members of the group are confident that without patent incentives, we will see a significant decline in innovation.

Kappos continues his statement by saying that, “It is in our country’s best interest to have a patent system that rises above short-term interests, and creates long-term gains for all sectors of the economy. We must move beyond rhetoric that ‘the system is broken and trolls are bringing businesses to a complete halt’ to a discussion of calibrated improvements for what is actually the best patent system our planet has.”

For more information on the Partnership for American Innovation, click here.