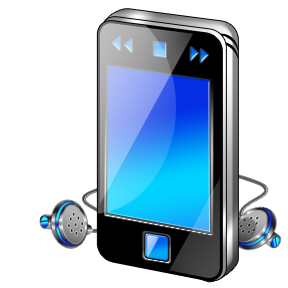 Just last month the U.S. Patent and Trademark Office granted Apple yet another patent – this one showcasing the company’s growing interest in the health and fitness field.

U.S. Patent No.8,655,004for a “Sports monitoring system for headphones, ear buds and/or headsets” describes a product capable of tracking a user’s biometric data including: temperature, perspiration, heart rate, and more. Intended for use during physical activity, the new technology may even surpass the wrist-mounted smartwatches and fitness bands already on the market by including built-in sensors that can be used to control an electronic device.

These sensors would help to detect the different movements of a user’s head, coupling them with a number of input commands on an electronic device. For example, a user may program a particular device to skip forward to the next song or turn up the volume with the right or left tilt of the head. Pair this device with the Nike+iPod from Apple’s collection (where runners place a sensor in their shoe in order to sync activity with their iPods) to get even more data during exercise.

Apple is also looking out for consumers with another of its recent patent applications for “Mobile emergency attack and failsafe detection” – an emergency services request system using a smartphone. This technology would use information from onboard sensors to automatically detect when a user might be under physical attack, in a car accident or experiencing any other medical emergency.

The patent outlines a number of different ways users could choose to configure their iPhones to detect an emergency, including: a detected shock by the accelerometer, a loud noise picked up by the microphone, or even the removal of a user’s finger from a selected button on the device called the “dead man’s switch.” The idea is that the device would use these methods to trigger an alert to 911 or an otherwise designated emergency contact.

Apple has even thought of a way to prevent false alarms by allowing the user a brief period to enter a disarm code once an emergency sensor has been triggered. It may still take a while for Apple to work out all of the details, but many feel that this could be a huge selling point for its future devices.