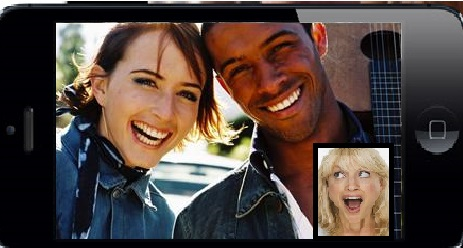 In November of last year, VirnetX took on Apple in a case regarding patents covering the FaceTime video chat system. Apple was found to have infringed on four patents, resulting in a $368 million verdict and the decision that Apple should continue to pay royalties.

Originally, the popular video-chat app used direct connection between devices to put its users in touch with one another. Now, however, Apple has switched to using relay servers to connect users in an effort to avoid continued infringement of the VirnetX patents.

It may seem like a quick-fix for the company, but some Apple users have not been happy with the new FaceTime. Users have commented on the decrease in connection quality, claiming that the app is no longer as reliable. The calls going through relay servers are dropped more frequently and those that are connected are done so at a substandard quality.

Since the switch, the company has reportedly heard over 500,000 complaints and is said to be spending somewhere around $2.4 million each month on the intermediary companies routing the calls.

Kinks and complaints aside though, there are still some users out there happy with the Apple service. More people connect via FaceTime every day, whether it be on an iPhone, iPad, iPod touch or Mac.

There’s no doubt that there is still much love for the app, as it allows for people to visit face-to-face with friends, family and others at times when they otherwise might not be able to. Apple’s new FaceTime “Everyday” commercial is a good example of that.

Learn all about Apple’s FaceTime and share your thoughts on the app here.