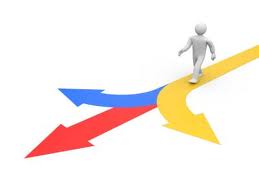 Recently, Amazon was granted a stalking patent for their mobile device submitted back in 2007. The technology is designed to track your movements and make predictions about where you are going to go next. The system then sends announcements for shops, restaurants, etc. that it thinks you are about to pass.

While the technology is somewhat controversial, it could be just what retailers need to boost themselves back up in the economy. Businesses will be able to work with the system to send discount coupons and other special offers straight to the users phone.

The “system and method for providing advertisement based on mobile device travel patterns” is hoped to promote local business and better target ads, coupons, and other campaigns to individual shoppers. It will also be capable of further tailoring marketing based on an individuals demographic information.

The controversy isnt about tracking so much as it is about predicting users future whereabouts. Some are nervous that this could be taking advantage of a persons privacy, and others just dont want the constant harassment of local businesses.

Though Amazon isnt the first to have come up with a system for tracking customer habits, the company has collected information longer and set to using it much more proactively.

Amazon also recently launched a web search engine, called A9, that remembers everything a person has ever searched for and shares the information with the online retail store. Is the company too close to becoming Big Brother? Amazon also funds a website called 43 things that links people together based on their goals like selling their house, or losing weight.

Many say that the new technology could make shopping more convenient for customers and businesses. What do you think?