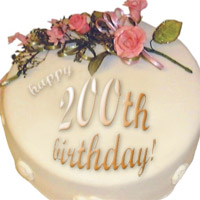 Patents havent been around forever! Just a little over 200 years ago, on April 10, 1790, George Washington signed the first patent act. This act would finally give inventors the rights to their creations and would help establish the new American patent process.

Thomas Jefferson was a member of the first Patent Board, given the power to grant and determine each patents duration. Creations that were deemed useful and important were issued a patent after being presented to the board with specifications, drawings, and sometimes a model.

In 1790, Samuel Hopkins of Pittsford, Vermont received the first United States patent for a new method of making Potash, a chemical used in the making of soap, glass, gunpowder, and fertilizer.

That same year, the Patent Board issued only two other patents: one for manufacturing candles, and another for flour-mill machinery. Many of the other applications submitted were deemed unworthy and of minor importance.

Although Hopkins was the first to receive a United States patent, it was not issued as patent No. 1. It took until 1836, nearly 10,000 patents later, for a numbering system to be created. With that in mind, U.S. Patent No. 1 technically belongs to John Ruggles, who came up with a traction wheel for steam locomotives.

Today, the United States Patent and Trademark Office receives over 450,000 patent applications each year. The Constitution of the United States continues to protect congress power to enact patent laws in Article I, section 8, which reads “Congress shall have power . . . to promote the progress of science and useful arts, by securing for limited times to authors and inventors the exclusive right to their respective writings and discoveries.”