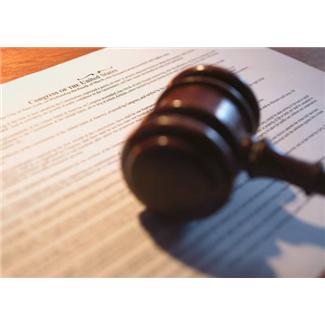 Federal courts are sending a message to patent trolls everywhere, rejecting software patents in a number of cases.  Since the June case of Alice Corp v CLS Bank, where the Supreme Court unanimously decided that Alice’s “abstract software patents” were invalid, federal trial courts have been falling in line.

11 court rulings regarding software patentability since the Supreme Court decision have resulted in the patents being invalidated.  Some of the patents involved include: a method of linking a mortgage line of credit to a checking account, an application designed to track a user’s diet and meal plans, and a method and application for managing computer bingo (a game which the Federal Circuit mentioned “Can be carried out by a human using pen and paper.”)

While the current trend may not mean the end of all software patents, it does send the message for patent trolls to be careful.  Software patent holders looking to take a case to trial might think twice, especially in the case of overly broad patents which take an age-old concept and simply add a computer into the mix.  Many are rejoicing over the recent activity, the crackdown on software patents a sign that the standard for patents isn’t completely washed away.

Others, however, are concerned that the increase in court activity might eventually reach outside the pocket of software patents and into other areas.  If the courts start invalidating patents in all areas at this rate, it could put a damper on innovation in general.  Many feel that patents are necessary to inspire invention and expensive RD efforts, as people want to know that their hard work and original ideas will be protected.

What do you think of the recent federal court activity?  Leave us your thoughts!