Patent on Playing the Guitar Without Hands 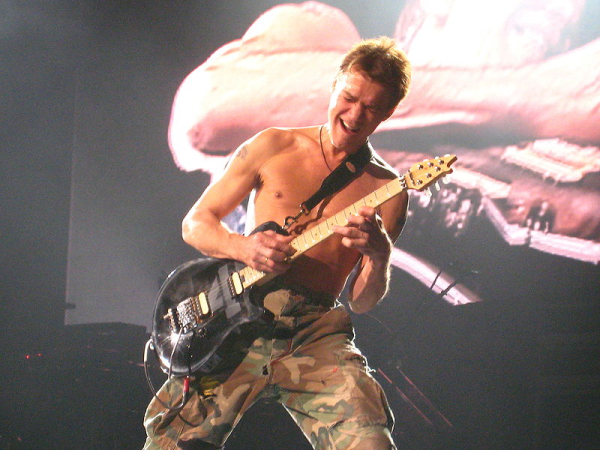 So, starting with any patent where would we find ourselves after 6 steps through the references cited network? Today we might as well jump into the patent network with rock mainstay Eddie Van Halen.

First Degree:US 4,213,369 A, a lapboard for an Appalachian dulcimer with spring loaded flap members to prevent movement on the users leg

Second Degree: US 6,015,121 A, a collapsible stand for supporting a musical instrument

Third Degree:US 2,74,3499 A, an enameling stand for holding a work piece during a firing operation in a kiln

Fifth Degree:US 1,823,608 A, a holder for hams that facilitates slicing

So there you have it, in 6 steps you can connect a revolutionary way to play guitar with a revolutionary way to open cans. While this journey represents one connection path for the Van Halen patent, feel free to follow your own path of patent connection intrigue and share it in the comments section below. Have a suggestion for an inventor or invention you would like to see in the Six Degrees post? Share that in the comments too!