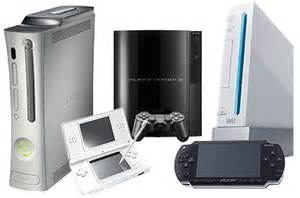 Following the recent and less popular release of the Wii U gaming console comes the announcement for a new Nintendo device, rumored to be unlike anything else on the market.
Though the Nintendo NX is being kept well under wraps, the Japanese gaming giant has filed for a number of patents that hint at the technology behind its new console.  A patent covering “systems and/or methods for managing ‘show-rooming’ practices” describes a primary gaming console capable of connecting to multiple “supplemental computing devices” in order to increase both the speed and quality of the user’s experience.  These supplemental devices may connect either directly to the home console or remotely via Bluetooth or Wi-Fi, supporting Nintendo’s previous announcement that it would soon bring its games to the mobile market.
The company has also filed a patent for a unique style of controller, which many believe will be compatible with the new NX.  Featuring a touch-screen front panel with a customizable shape, the innovative controller would potentially replace the traditional A,B,X,Y buttons with contextual controls, directly prompting the user to  “jump” or “throw.”   The controller also seems to feature the more traditional trigger buttons, along with two thumb-sticks and a card slot for direct data.
In an exclusive interview with TIME, new Nintendo president Tatsumi Kimishima opened up about the new console, stating that “it’s different and obviously a new experience… It’s something unique and different. It’s something where we have to move away from those platforms in order to make it something that will appeal to our consumer base.”
To read more about what Nintendo is up to, click here.
Previous Next