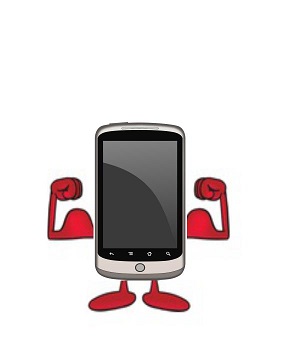 Over the last few years, tech companies of all kinds have been breaking into the health and fitness industry with new gadgets that can monitor heart rate, track sleep patterns and log physical activity down to the step. While wearable devices like pedometers and smartwatches have no doubt become popular accessories for everyday life, people seem even more excited that the same technology is now being built right in to their cell phones.

Samsung is one company that is paving the way to a more fit phone, through applications like the “S app” on the Galaxy S5.  This particular app is aimed at keeping users happier and healthier by measuring their stress levels over an extended period of time.  Using the phone’s built-in heart rate sensor located on the backside, the app keeps track of a user’s beats per minute each time it’s measured, and is capable of determining stress levels based on the data.

Now, the Korean-based tech company is working on a whole new app that would give its smartphones the ability to determine a user’s body composition.  In a patent covering a “Method and apparatus for measuring body fat using mobile device,” the company outlines a new technology that would use a combination of sensors and bioelectrical impedance to determine a user’s percentage body fat. Users can grip their phone using both hands, move their arms in an up-and-down motion, and have their percentage calculated in just a matter of seconds.

The new patent shows images of a smartphone with four sensors, all located on the backside just under the built-in heart rate monitor.  These sensor panels would use bioelectrical impedance analysis (a measurement of the strength and speed at which a weak electrical current travels throughout the body) to estimate overall body composition.  While the patent seems to have potential, some feel that the method of sensors is a tough one to get working, and similar technologies have failed in the past to get accurate and consistent readings.

To check out what else this innovative company is up to, click here.