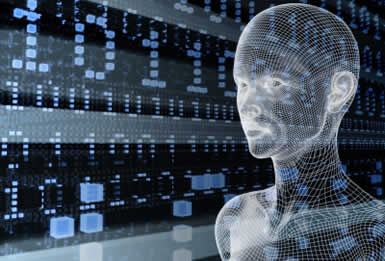 Google is helping to redefine robotics with its recent patent covering, “Methods and systems of robot personality development.” The patent, awarded late last month, describes a process by which any number of customizable personalities could be downloaded from the cloud and installed into a “robotic apparatus,” just like any old familiar app.

These personalities could be programmed to resemble that of a deceased loved one or celebrity and made adjustable depending on a robot’s circumstance. Using this technology, robots would essentially have the ability to interpret the actions and expressions of others and react accordingly, adjusting their own personality to better suit an event.

Further beyond the conversational skills exercised by current automated “beings,” like Siri, this new wave of robots may even be capable of practicing different facial expressions and body movements to reflect mood. The patent states that, “a robot may be programmed to operate according to a specific profile or personality for a given user, and may have a certain look (e.g., visual interface) and feel in the way of attributes (e.g., data stored controlling actions) which are unique or even idiosyncratic to that robot. The personality could be multifarious, in the sense of multiple personalities, which may be selected by the robot according to cues or circumstances, or a personality could be selected by a user (a human).”

The patent continues to reference a number of default personalities that may be made available to a user, specifically those of celebrities like Woody Allen or Rodney Dangerfield. While not many of us may want our robot to resemble Miles Monroe from Sleeper or Al from Caddyshack, the technology itself is pretty remarkable. It still has its critics, as some think of the consequences such advanced AI could have on human life, but for now the concept remains mostly on paper.