Clean Energy Initiatives on the Rise in 2015 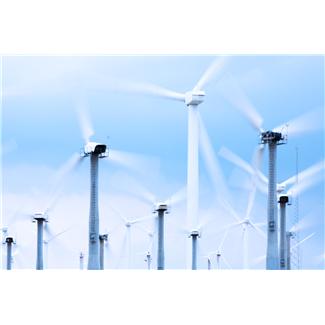 As oil prices continue to fall, the U.S. is seeing a surge in renewable energy, from electric vehicles to solar power and wind technology.
According to API’s State of American Energy Report, the U.S. solar energy industry is on the rise.  Contributing more than $15 billion a year into the economy, with the capacity to effectively power 4 million U.S. homes, the solar industry is expected to continue to build well into the 2015-16 year.
The report also states that, “Solar energy is now more affordable than ever. According to SEIA/GTM Research, the solar industry employs 143,000 Americans …This remarkable growth is due, in large part, to smart and effective public policies, such as the Solar Investment Tax Credit (ITC), Net Energy Metering (NEM) and Renewable Energy Standards (RES).”
California Governor, Jerry Brown, has also taken the initiative to propose a new clean energy goal for his state.  During his fourth inaugural address, the Governor announced that he would like to see 50% renewable energy by 2030.  It’s an ambitious goal, inspired by others like the Hawai’i Clean Energy Initiative first launched back in 2008.
Cape Code, Massachusetts will also see some big changes this year, as they begin work on the nation’s first offshore wind farm.  Deemed Cape Wind, the new farm is set to be up and running by late 2016 and will feature 130 giant wind turbines.  These turbines are projected to save the New England area over $7 billion in 25 years and to be the majority source of residents’ electricity.
According to an Energy Department report,  wind energy is now the most rapidly growing source of power in the U.S., having generated over 80,000 jobs and $25 billion in new investment.  Those numbers are only expected to rise in the coming years.
Previous Next