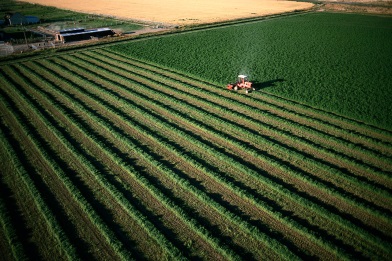 Farmers who purchase Monsanto soybeans are required to sign a contract saying they will not save seeds from the resulting crop and use them for the following year. Instead, new seeds should be purchased each year.

After buying the pricey Monsanto seeds for a crop of soybeans, Bowman chose to look elsewhere for a second late-season planting. The farmer purchased soybeans from a grain elevator that sold beans for animal feed and other non-planting purposes. The soybeans consisted of second-generation Monsanto Roundup Ready seeds, which Bowman then re-planted.

The 9-0 ruling was as expected, though it raises questions of how similar situations will be handled in the future. The extent of a company’s control over patents for products like soybeans that easily self-replicate can seem practically endless. Furthermore, how can other farmers who don’t want to use Monsanto’s beans avoid accidentally infringing on these patents? Monsanto’s beans are so wide spread that even those using generic or organic beans could end up planting beans with Monsanto DNA due to cross-pollination.

Though Monsanto claims that it would avoid litigation with those who accidentally and unknowingly plant seeds containing the company’s DNA, the Supreme Court’s decision suggests that they would technically still be guilty of patent infringement.

Of this particular case, the Supreme Court ruling given by Justice Kagan states that Bowman was aware of what he was doing. “Bowman planted Monsanto’s patented soybeans solely to make and market replicas of them, thus depriving the company of the reward patent law provides for the sale of each article. Patent exhaustion provides no haven for that conduct.”