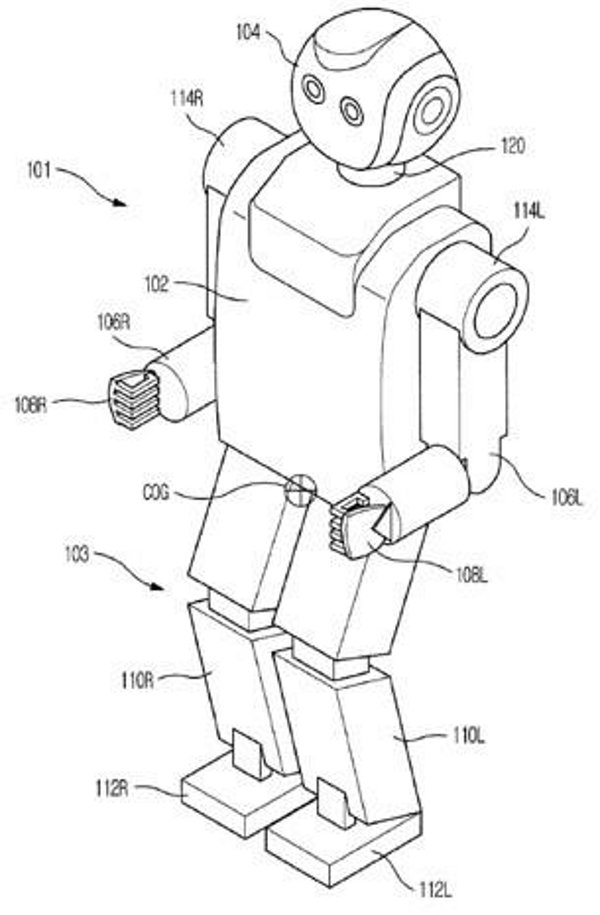 After more than two decades of research, trial and error Hondas humanoid robot, ASIMO, made its U.S. debut in 2002. The first of its kind to use predicted movement control, ASIMO has been designed to walk, talk, and respond similar to a human.

At 4 3 and weighing 119 lbs, ASIMO is the perfect size for interacting with and aiding humans. In addition to its durable and lightweight design, this humanoid is also very intelligent and is able to react to both voice commands and natural human movements.

With about an hour of operating time before needing to be recharged, Honda hopes that ASIMO can be used to help people in the near future, particularly the elderly and disabled. As of right now, however, its application lies in the area of info-tainment, introducing humanoid robots in a fun, positive and interactive way all over the world.

Now, Samsung has entered the picture with a quartet of patents for a robot that can walk and breathe like a human. Unlike its predecessors, this model continually checks its center of gravity and is able to adjust its posture and speed while moving on all surfaces, including hills. This helps to avoid the common bent-over posture that many other robots have.

The new robot design also features rotating joints and machinery in the chest area to imitate the up and down motions of a breathing human. This has led many back to review the Uncanny Valley. A term coined by professor Masahiro Mori, the hypothesis states that a robot that mimics human behavior nearly perfectly is often associated with a decline in human interest. In other words, its just plain creepy.

Will we ever see this combination of patents put into action? Its a possibility, but nowhere near being market-ready. For now, we can all relax and set aside that small yet unwavering fear that robots will someday take over the world in a Terminator-style fashion.