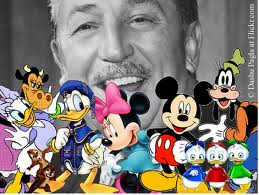 So, starting with any patent where would we find ourselves after 6 steps through the references cited network? Today our patent adventure starts with the man responsible for entertaining generations of children, Walt Disney.

Start:US 2,942,516 A, Walt Disneys projection system to provide a picture on a continuous 360 degree circular screen while the audience is located in the center of the circle

First Degree:US 3,225,672 A, a method and apparatus for reproducing panoramic scenes in three dimensions

Second Degree:US 5,165,186 A, a sign readable by a viewer moving past the sign at a high speed

Third Degree:US 4,145,131 A, an apparatus that can function as a recording camera and a projector

Fourth Degree:US 5,920,736 A, photographic film for use in a pocket sized disposable camera

Fifth Degree:US 4,304,479 A, a strobe light for use with a photographic camera

So there you have it, in 6 steps you can connect an elaborate system for projecting a movie on a 360 degree circular screen and the common automobile headlight.

While this journey represents one connection path for the Disney patent, feel free to follow your own path of patent connection intrigue and share it in the comments section below. Have a suggestion for an inventor or invention you would like to see in the Six Degrees post? Share that in the comments too!